From the rules of order to a better world 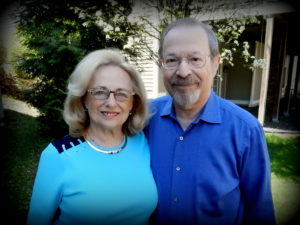 In the 1960s, personal photography exploded in popularity thanks to the invention of the Kodak Instamatic, an inexpensive, easy-to-use point-and-shoot camera. Suddenly, photography was accessible to everyone, and it became a massive commercial success. The Eastman Kodak Company, headquartered in Rochester, New York, was in its heyday, and for William R. Young ’64, growing up in a science town set him down a path that ultimately led him to MIT.

“Eastman Kodak was the biggest thing in town, and there were a lot of scientists and engineers working at Kodak, who were part of our suburban community,” says Young. “The whole place was steeped in science, and that rippled out to other areas, the schools in particular.”

While attending a science seminar at school that was championed by local scientists, Young met one of the event sponsors, who happened to be an MIT alum. They struck up a friendship and Young was inspired to apply to MIT at the recommendation of his friend. When it came time to choose his undergraduate major at MIT, he chose chemistry, a decision that would shape his experience at MIT and eventually lead him to pursue his graduate degree at the University of California at Berkeley. He began his professional career as a research chemist at IBM Research, focusing on the development of novel liquid crystals that could be used in displays — a sector that was then in its infancy. While at IBM, he began his evening studies that ultimately led to receiving his MBA from Pace University.

“In any field, you have to have rules of order, and that is the defining feature of science and mathematics,” says Young. “For me, transitioning to business was natural because there are many parallels between science and finance; each sector required an underlying set of fundamentals, such as conservation of mass and energy, and net molecular neutrality in chemistry, and rigorous accounting and the application of economic principles, such as supply and demand in finance. Given the assignment of such rules of order, I saw a clear need for companies to employ corporate leaders with the mindset to navigate within these tenets.”

In chemistry, one of the universally known rules of forming a strong chemical bond is “opposites attract.” The same could be said of Young and his wife, Linda. Whereas he had built his life around his interest in science, she, a psychology major from the University of Hartford, was passionate about art and music, having played the orchestral violin and sung in choirs for years. Their connection was immediate when they met at a mixer in 1968, and they built a strong foundation for their marriage of 50 years.

The Young family eventually settled in Greenwich, Connecticut. Young continued his career in the private sector, rising to the role of managing director at Credit Suisse and earning the top ranking for chemical industry analyst for 17 consecutive years by Institutional Investor magazine. Mrs. Young pursued a career in human resources — including a stint at Reader’s Digest — and eventually became a real estate agent, all while keeping up with her musical hobbies.

The couple had two children, a daughter, who is now a social activist and doula, and a son, who followed in Young’s footsteps as an MIT alum and became a biomedical engineer. While life together unfolded, Young aintained his ties to MIT, serving as an alumnus educational counselor on behalf of the Admissions Department and interviewing prospective first-year students who were high school seniors. Eventually, the Youngs made the decision together that they wanted to support MIT even further in foundational research within the Department of Brain and Cognitive Sciences (BCS).

“A lot of work and progress has been made in understanding autism, bipolar disorder, depression, schizophrenia, and more, and given the number of families who are impacted by these diagnoses, we wanted to dedicate our efforts to help,” says Mrs. Young. BCS, and its mission to reverse engineer the mechanisms of the mind, takes a holistic approach to studying the brain and how it gives rise to the mind. By studying the mechanical underpinnings of the behavioral phenomena that makes us human, the department casts a wide net, and, for the Youngs, the focus on basic science accelerating transformative discoveries that could potentially impact society reflected the intersection of their interests.

During a visit to the MIT campus last summer, the Youngs had the opportunity to meet Professor Elly Nedivi in her laboratory in the Picower Institute for Learning and Memory. Nedivi studies the cellular mechanisms that underlie activity-dependent plasticity — the brain’s ability to constantly adapt to a changing environment and in response to new experiences in the developing and adult brain.

“Elly’s focus on genetics and proteins and their basic underlying chemistry that affects the neuron is very relevant to my interest in foundational science,” says Young. “For a musician like Linda, learning how the brain changes and adapts as it learns a new song, for example, was fascinating too.”

Their visit to campus cemented their decision to endow the William R. (1964) & Linda R. Young Professorship Fund, which will support BCS faculty in perpetuity. Nedivi was selected as the inaugural recipient of the professorship.

“Linda and I have been in this partnership for 50 years,” says Young. “Making this decision to establish a professorship has been a very special experience for us to have together, and we are delighted to support the efforts within BCS.”