Satellite developed by MIT aims to discover thousands of nearby exoplanets, including at least 50 Earth-sized ones 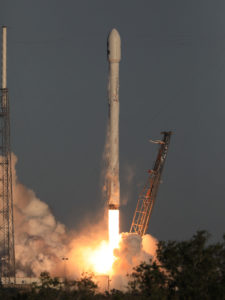 There are potentially thousands of planets that lie just outside our solar system — galactic neighbors that could be rocky worlds or more tenuous collections of gas and dust. Where are these closest exoplanets located? And which of them might we be able to probe for clues to their composition and even habitability? The Transiting Exoplanet Survey Satellite (TESS) will be the first to seek out these nearby worlds.

The NASA-funded spacecraft, not much larger than a refrigerator, carries four cameras that were conceived, designed, and built at MIT, with one wide-eyed vision: to survey the nearest, brightest stars in the sky for signs of passing planets.

On April 18 at 6:51 p.m., TESS had a picture-perfect launch on a SpaceX Falcon 9 rocket from Cape Canaveral Air Force Station in Florida.

TESS will spend two years scanning nearly the entire sky — a field of view that can encompass more than 20 million stars. Scientists expect that thousands of these stars will host transiting planets, which they hope to detect through images taken with TESS’s cameras.

Amid this extrasolar bounty, the TESS science team at MIT aims to measure the masses of at least 50 small planets whose radii are less than four times that of Earth. Many of TESS’s planets should be close enough to our own that, once they are identified by TESS, scientists can zoom in on them using other telescopes, to detect atmospheres, characterize atmospheric conditions, and even look for signs of habitability.

“TESS is kind of like a scout,” said Natalia Guerrero, deputy manager of TESS Objects of Interest, an MIT-led effort that will catalog objects captured in TESS data that may be potential exoplanets. “We’re on this scenic tour of the whole sky, and in some ways we have no idea what we will see,” Guerrero said. “It’s like we’re making a treasure map: Here are all these cool things. Now, go after them.”

A seed, planted in space

TESS’s origins arose from an even smaller satellite that was designed and built by MIT and launched into space by NASA on Oct. 9, 2000. The High Energy Transient Explorer 2, or HETE-2, orbited Earth for seven years on a mission to detect and localize gamma-ray bursts — high-energy explosions that emit massive, fleeting bursts of gamma and X-rays.

To detect such extreme, short-lived phenomena, scientists at MIT, led by principal investigator George Ricker, integrated into the satellite a suite of optical and X-ray cameras outfitted with CCDs, or chargecoupled devices, designed to record intensities and positions of light in an electronic format.

“With the advent of CCDs in the 1970s, you had this fantastic device … which made a lot of things easier for astronomers,” said HETE-2  team member Joel Villasenor, who is now also instrument scientist for TESS. “You just sum up all the pixels on a CCD, which gives you the intensity, or magnitude, of light. So CCDs really broke things open for astronomy.”

In 2004, Ricker and the HETE-2 team wondered whether the satellite’s optical cameras could pick out other objects in the sky that had begun to attract the astronomy community: exoplanets. Around this time, fewer than 200 planets outside our solar system had been discovered. A few of these were found with a technique known as the transit method, which involves looking for periodic dips in the light from certain stars, which may signal a planet passing in front of the star.

“We were thinking, was the photometry of HETE-2’s cameras sufficient so that we could point to a part of the sky and detect one of these dips? Needless to say, it didn’t exactly work,” Villasenor recalled. “But that was sort of the seed that started us thinking, maybe we should try to fly CCDs with a camera to try and detect these things.”

In 2006, Ricker and his team at MIT proposed a small, low-cost satellite (HETE-S) to NASA as a Discovery class mission, and later on as a privately funded mission for $20 million. But as the cost of, and interest in, an all-sky exoplanet survey grew, they decided instead to seek NASA funding, at a higher level of $120 million. In 2008, they submitted a proposal for a NASA Small Explorer (SMEX) Class Mission with the new name — TESS.

At this time, the satellite design included six CCD cameras, and the team proposed that the spacecraft fly in a low-Earth orbit, similar to that of HETE-2. Such an orbit, they reasoned, should keep observing efficiency relatively high, as they already had erected data-receiving ground stations for HETE-2 that could also be put to use for TESS.

But they soon realized that a low-Earth orbit would have a negative impact on TESS’s much more sensitive cameras. The spacecraft’s reaction to the Earth’s magnetic field, for example, could lead to significant “spacecraft jitter,” producing noise that hides an exoplanet’s telltale dip in starlight. 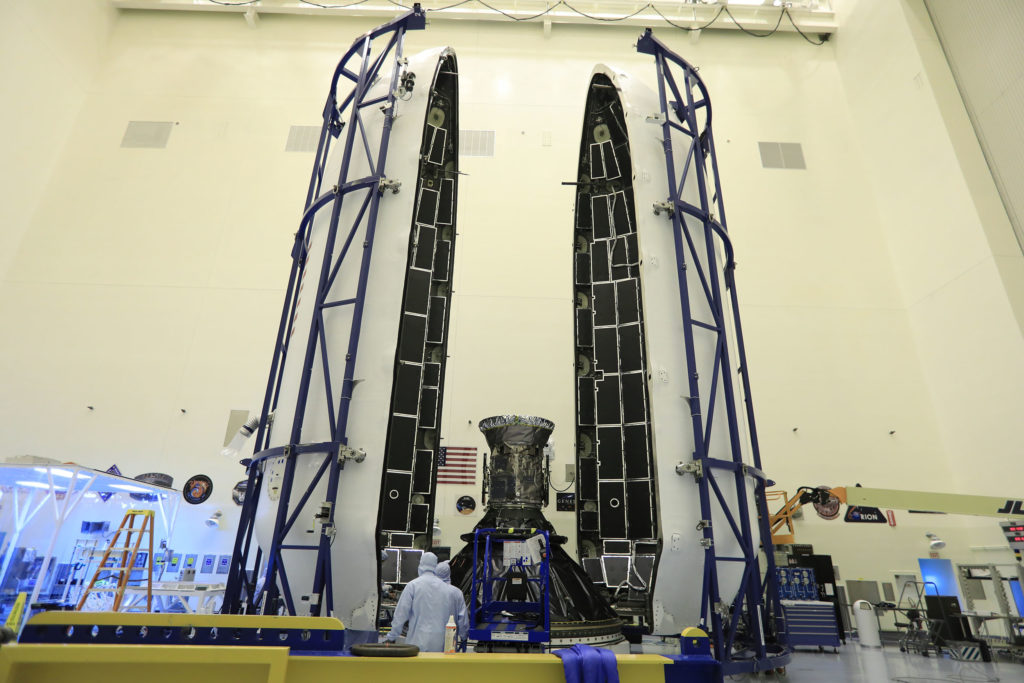 NASA bypassed this first proposal, and the team went back to the drawing board, this time emerging with a new plan that hinged on a completely novel orbit. With the help of engineers from Orbital ATK, the Aerospace Corporation, and NASA’s Goddard Space Flight Center, the team identified a never-before-used “lunar-resonant” orbit that would keep the spacecraft extremely stable, while giving it a full-sky view.

Once TESS reaches this orbit, it will be slingshot between the Earth and the moon on a highly elliptical path that could keep TESS orbiting for decades, shepherded by the moon’s gravitational pull.

“The moon and the satellite are in a sort of dance,” Villasenor said. “The moon pulls the satellite on one side, and by the time TESS  completes one orbit, the moon is on the other side tugging in the opposite direction. The overall effect is the moon’s pull is evened out, and it’s a very stable configuration over many years. Nobody’s done this before, and I suspect other programs will try to use this orbit later on.”

TESS is a NASA Astrophysics Explorer mission led and operated by MIT in Cambridge, Massachusetts, and managed by NASA’s Goddard Space Flight Center in Greenbelt, Maryland. George Ricker of MIT’s Kavli Institute for Astrophysics and Space Research serves as principal investigator for the mission. Additional partners include Orbital ATK, NASA’s Ames Research Center, the Harvard-Smithsonian Center for Astrophysics, and the Space Telescope Science Institute. More than a dozen universities, research institutes, and observatories worldwide are participants in the mission.

The full version of this article appeared on news.mit.edu on April 12, 2018.