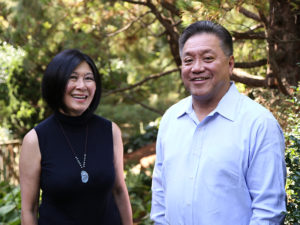 For MIT alumnus Hock Tan ’75 SM ’75 and Lisa Yang, improving the lives of individuals with autism spectrum disorders (ASD) has been a long-standing passion. Tan and Yang are parents of three adult children, two of whom are on the autism spectrum, and they feel passionately that the talents of individuals with autism are often overlooked by society. For more than two decades, they have invested in education initiatives, residential programs, and partnerships between the autism community and large employers to unlock the potential of individuals with ASD. With their new gift to the McGovern Institute for Brain Research at MIT, they have now expanded their philanthropy into the area of autism research.

Although Tan had remained connected to MIT Engineering faculty since his school days, it wasn’t until 2015 that the duo learned about the significant brain research underway in the School of Science. After initial conversations with McGovern Institute co-founder Lore Harp McGovern and Guoping Feng, Poitras Professor of Neuroscience and a McGovern investigator, Tan and Yang’s interest grew from improving the lives of individuals living with autism disorders to how they might support the basic research necessary to understand—and potentially treat—this complex disorder. In early 2017, the pair made a remarkable $20 million commitment to found the Tan-Yang Center for Autism Research at MIT’s McGovern Institute for Brain Research.

“From the start, we were interested in two things: getting truly novel ideas about autism off of the ground and catalyzing collaborations between MIT and other top research institutions,” said Yang, who retired from a career in investment banking to advocate for individuals with autism and intellectual disabilities. “The McGovern Institute has a tremendously talented group of scientists; and working together with scientists and engineers across MIT and beyond, we believe this center will make significant breakthroughs in autism over the next several years.”

Tan, who is CEO of Broadcom, the world’s largest computer chip designer and manufacturer, agreed. “Autism is extremely complex, and the challenges in studying it are enormous. Our hope is that by supporting researchers with strengths in many disciplines—including neuroscience, biology, genetics, chemistry, and engineering— we can make rapid progress understanding autism and uncovering better options for future generations of individuals with ASD.”

The Tan-Yang Center, which launches this spring, will support autism research from multiple approaches: the role that genes play in the development of autism disorders, the origins of autism early in life, the creation of new autism models, and the study of disruptions in neural communication believed to underlie behaviors seen in ASD. The center will also stimulate research into novel forms of gene therapy that might provide an entirely new treatment option even for adults already living with autism.

“The establishment of the Tan-Yang Center is further testament to MIT’s position as one of the top places in the world for interdisciplinary research on complicated brain disorders,” said Michael Sipser, Dean of the School of Science and the Donner Professor of Mathematics. “We are most grateful for the Tan-Yang Center’s support for the important work of faculty, students, and fellows in MIT’s School of Science, across MIT, and at other leading research institutions.”

“We are confident that this generous investment by Lisa and Hock will help MIT make significant leaps in autism research,” added Robert Desimone, Director of the McGovern Institute. “Our scientists are busy planning new investigations and collaborations for the Tan-Yang Center’s research program, and we are excited to think of the tremendous knowledge that will originate from the center and impact the global autism research community.”