Paying Back a Debt with “Exploration Capital” for MIT Math 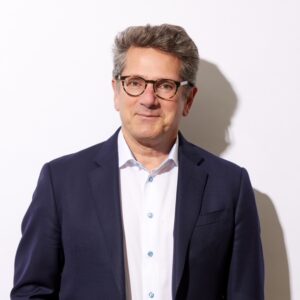 “I have always felt like I owe a debt to MIT for having taken a risk on me.”

Whatever risk he thinks he presented at the time, Stephen Berenson ’82, certainly took advantage of the educational opportunities he was given at MIT. After two years as a transfer student, majoring in mathematics, Berenson went on to have a successful, three-decade career in investment banking. Today, he is a managing partner at Flagship Pioneering, a life sciences innovation firm based in Cambridge, Massachusetts.

Berenson has been a longtime supporter of the Institute to, in his words, pay back his debt of gratitude. Now he’s given his largest gift yet by establishing the Berenson Mathematical Exploration Fund. The fund will support students and faculty in the department doing research that is hard to fund through traditional funding channels. Berenson describes it as “exploration capital.”

“We’re eager to begin seed projects within the department,” says Michel Goemans, the RSA Professor of Mathematics and head of the Department of Mathematics. “Stephen’s transformative gift will support our faculty and students, and hopefully lead to new mathematical avenues to explore.”

The path that brought Berenson to this point has been a bit circuitous at times. He laughs recalling his bad luck with college applications and the wrangling it took as a high school senior to get into his safety school. After two years, though, feeling wholly uninspired, he transferred to MIT. “I still remember the moment when the MIT light bulb went on,” he says, describing perusing an MIT course catalog on his family’s kitchen table. It belonged to his younger sister, who was doing college research. “I started flipping through it, and an hour later when I was done, I said, this is where I have to be.”

Berenson was inspired by what he describes as the overwhelming breadth and depth of the offerings in that catalog, especially in mathematics and physics, his fields of interest. That summer after his sophomore year, he applied to MIT, securing his acceptance mere days before the new semester started.

Though he clearly came in with a certain knack for abstract thinking and generalization, Berenson says that those skills were amplified by faculty in the Department of Mathematics. He can still identify several faculty members who had a particular impact on him.

Berenson credits James Munkres, now an emeritus professor, for teaching him a whole new level of discipline in his thinking. He also lauds professors Michael Artin and Sigurdur Helgason, both now emeriti, as essential for nurturing his creativity and intellectual development in those two years at MIT.

“They just allowed my mind to roam,” says Berenson. “They were giants in their fields, and yet really willing to give their personal time to an eager junior or senior, which was very meaningful.”

After graduation, Berenson took a somewhat unconventional path again, spending about six months saving up money and then living in Nicaragua for almost a year. At that end of that, he found his way to investment banking.

Berenson admits that during his professional career, he hasn’t used much of the math he learned at MIT. He started at JP Morgan in 1984, where he stayed for 33 years, before moving over to Flagship Pioneering in 2017. Yet, he recalls his answer when asked explicitly during a job interview how his “fancy math degree” would help him as a banker. “I know the difference between fact and assumption,” he responded.

At the time, Berenson admits it was a somewhat flippant answer, but, after a long career in banking, he understands just how prescient it was. He also sees other indirect ways his mathematical education at the Institute has shaped his career.

“In terms of disciplined thinking, logical thinking, care and attention to detail, the ability to engage in abstract thinking, and generalization of problems, it helped me immensely,” says Berenson.

“It is nice to hear Stephen reminisce about all the cool math subjects he took while majoring in math at MIT,” says Goemans, “and clearly this rigorous math training has served him well in his career.”

Berenson stresses that he developed the gift in partnership with Goemans. While he came in with some notions of how the funds could be deployed, it was important for him to understand the department’s priorities and identify where the funds could have the greatest contribution.

“I want to enable for the Math Department research that at the outset may seem unreasonable,” says Berenson, “to give incremental opportunities to smart, motivated professors and students to make leaps and see where that leads them.”

It’s an appropriate sentiment for an alumnus whose journey to MIT and every step since has been about taking big leaps.

This article first appeared in the Winter 2022 issue of Science at MIT.