A much needed boost for basic research 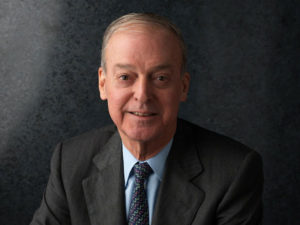 Those paying attention to where the federal government is investing in research and development may notice that we are not living in an easy time for those pursuing fundamental scientific research. Diminishing federal support has had major consequences for scientists at MIT and all over the country: Graduate programs are at risk of shrinking in size and young faculty are seeing their grant applications rejected despite excellent reviews. In order to ensure that the School of Science at MIT remains one of the world’s premier institutions for scientific research, we need to create additional support for our scientists pursuing basic, curiosity-driven research.

Enter John Reed ’61 SM ’65, Chairman of the MIT Corporation from 2010 to 2014. Together with his wife Cindy, John Reed has initiated and made possible the first Fundamental Science Investigator Award (FSIA) in the School of Science. This award, described in this issue, is modeled after the enormously successful Howard Hughes Medical Institute Investigator program and will be granted only to faculty addressing very fundamental questions, such as the origins of life, the science of climate, or the nature of dark matter. In short, the award provides a multi-year funding base that allows the faculty member to lead a small research program without relying on outside funding. It is expected that research conducted with the support of the FSIA will lead to publishable results, which will then enable further funding from risk-adverse federal agencies.

The key is that MIT needs support for basic science. Cindy and I are early supporters because we care about MIT and understand the value of basic research. We hope others will join us in supporting this effort.

It is not everyone who has the combined ability and foresight to understand the impact of something like the FSIA on our scientific enterprise. And one might be hard-pressed to find that perspective in someone who was formerly a banker. But John Reed learned about the challenges of supporting fundamental science during his time as Chairman and from spending time on various Visiting Committees and Advisory Councils throughout the schools.

“I think that those engaged in basic science need support, and I think that the nature of the support can be budget relieving, which obviously makes a difference to us… Basic research is key, and it doesn’t gather the kind of support that cancer or energy gets.” With that statement, Reed has zeroed in on one of the critical problems in the way scientific research is currently funded: Those pursuing fundamental scientific problems don’t yet necessarily know what the applications of their discoveries will be, so their research does not fall neatly under a category or theme. What’s more, Reed said, “I don’t want to give money for specific research topics because they come and go; supporting those who will be doing research is more beneficial than supporting the research topic alone.”