Troy Van Voorhis named head of the Department of Chemistry

Faculty member since 2003 is known for physical chemistry research, as well as contributions to education and the department’s climate. 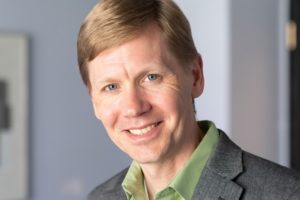 Troy Van Voorhis was named the new head of the Department of Chemistry. Photo: Justin Knight

Troy Van Voorhis, the Robert T. Haslam and Bradley Dewey Professor of Chemistry, has been named head of the Department of Chemistry, effective Oct. 1.

“I am delighted that Troy Van Voorhis will lead the chemistry department,” says Michael Sipser, dean of the MIT School of Science and the Donner Professor of Mathematics. “Troy has been a core member of the department, known for his outstanding research in physical chemistry as well as for his contributions to education and the department’s climate. I look forward to working with Troy on Science Council.”

In addition to his service to the department, Van Voorhis recently co-chaired the Working Group on Curricula and Degrees for the MIT Stephen A. Schwarzman College of Computing. He has also contributed to discussions on opportunities for the School of Science in the college.

Van Voorhis says, “I look forward to working with the department in my new role and will continue to support the growth of our chemistry community’s research, education, and outreach programs.”

“Troy is an excellent choice to head up chemistry and provide leadership for the members of our department. He has a strong record of scientific accomplishment and devotion to education and to MIT students,” says Buchwald, the Camille Dreyfus Professor of Chemistry.

“I am grateful to Steve for his service to the department as interim head. I thank Mei Hong for chairing the search committee, as well as the committee members for their efforts,” says Sipser. “I am deeply indebted to Tim Jamison for his outstanding leadership during the previous four years. Tim, who has recently become associate provost, leaves the Department of Chemistry in excellent shape.”

Van Voorhis’ research lies at the nexus of chemistry and computation, and his work has impact on renewable energy and quantum computing. His lab is focused on developing new methods that provide an accurate description of electron dynamics in molecules and materials. Over the years, his research has led to advances in light emitting diodes, solar cells, and other devices and technologies crucial to addressing 21st-century energy concerns.

Van Voorhis received his bachelor’s degree in chemistry and mathematics from Rice University and his PhD in chemistry from the University of California at Berkeley in 2001. Following a postdoctoral fellowship at Harvard University, he joined the faculty of MIT in 2003 and was promoted to professor of chemistry in 2012.

He has received many honors and awards, including being named an Alfred P. Sloan research fellow, a fellow of the David and Lucille Packard Foundation, and a recipient of a National Science Foundation CAREER award. He has also received the MIT School of Science’s award for excellence in graduate teaching.