Michael Sipser to step down as School of Science dean

Mathematician to return to the faculty after six years leading MIT’s second-largest school. 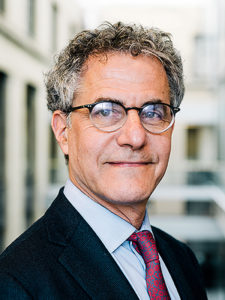 Michael Sipser plans to step down as dean of the MIT School of Science, concluding six years of service marked by the launch of key initiatives and the upgrading of facilities across the school’s six academic departments.

Provost Martin Schmidt announced the news today in an email to the MIT community. Following Sipser’s service as dean — which will conclude on June 30, assuming that a suitable successor is found by then — he will return to the faculty, where he is the Donner Professor of Mathematics.

“Mike’s accomplishments as dean span the School of Science and have built its strength in both research and education, often by increasing the impact of science on critical areas of collaborative study,” Schmidt wrote.

With 280 faculty, the School of Science is MIT’s second-largest school. It comprises the departments of Biology; Brain and Cognitive Sciences; Chemistry; Earth, Atmospheric and Planetary sciences; Mathematics; and Physics.

“Three qualities have defined Mike’s outstanding service as dean: his thoughtful, patient, evenhanded approach to complex organizational and human issues; his wonderful ability to explain, advocate for, and share his infectious pleasure in the scientific work of others; and his absolutely delightful sense of humor,” President L. Rafael Reif says. “MIT and the School of Science have been extremely fortunate to have Mike’s leadership, our students have benefited immeasurably from his commitment to teaching throughout his deanship — and I can attest to how much he has taught me personally about the frontiers of scientific knowledge.”

Sipser, a leading theoretical computer scientist, was named dean of science in June 2014, following six months as interim dean. Prior to that, he had served since 2004 as head of the Department of Mathematics.

“I’m most pleased that I enabled the work of our community in the School of Science — faculty, staff, and students — through providing resources, facilitating progress, removing obstacles, and cheering their successes,” Sipser says. “It has been a great privilege for me to support these amazing colleagues.”

Sipser has received multiple MIT awards for his teaching and advising. In 2016, while serving as dean, he received the MIT Margaret MacVicar Faculty Fellowship, in recognition of his outstanding commitment to undergraduate education.

In his letter to the community, Schmidt said that he plans to appoint a faculty committee to advise him on the selection of the next dean of science. Members of the MIT community are encouraged to send suggestions and ideas to science-search@mit.edu.

This article was originally posted on MIT News.