New faculty in the School of Science for Spring 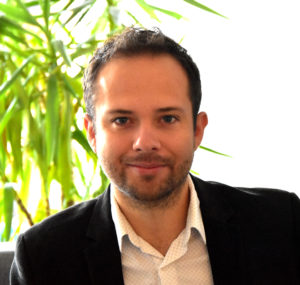 The MIT School of Science welcomes one new faculty member starting the spring semester of 2020.

Ronald Fernando Garcia Ruiz advances research on fundamental physics and nuclear structure largely through the development of novel laser spectroscopy techniques. He and his group investigate the properties of subatomic particles using atoms and molecules made up of short-lived radioactive nuclei. His experimental work provides unique information about the fundamental forces of nature and offers new opportunities in the search beyond the Standard Model of particle physics. His previous research at CERN focused on the study of the emergence of nuclear phenomena and the properties of nuclear matter at the limits of existence.

His bachelor’s degree in physics was achieved in 2009 at Universidad Nacional de Colombia. After earning a Master’s in physics in 2011 at Universidad Nacional Autónoma de México, he completed a doctoral degree in radiation and nuclear physics from KU Leuven in 2015. Prior to joining MIT, he was first a research associate at the University of Manchester from 2016-2017 and then a research fellow at CERN where he led the local Collinear Resonance Ionization Spectroscopy (CRIS) team. Garcia Ruiz now joins the Department of Physics as an assistant professor. He is also affiliated with the Laboratory for Nuclear Science.