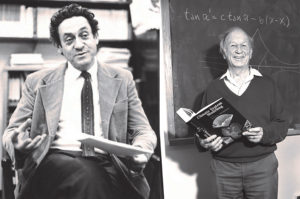 At the MIT on Chaos and Climate symposium in February, the Department of Earth, Atmospheric and Planetary Sciences (EAPS) celebrated the lives and scientific legacies of Edward Norton Lorenz and Jule Gregory Charney, MIT professors who revolutionized the field of meteorology in the post-World War II era.

The two-day event was organized by EAPS faculty from the Lorenz Center and the Program in Atmospheres, Oceans and Climate (PAOC) to mark the centennial of the scientists’ birth, as well as to bring together the MIT community with alumni, former faculty and scientists from EAPS, the former Department of Meteorology (Course 19), and colleagues from many scientific fields influenced by Charney and Lorenz.

Meteorology and its limits

Both Charney and Lorenz were members and chairs of the Department of Meteorology and both conducted research that is foundational to our understanding of atmospheric and climate dynamics, as well as weather prediction and its limits. However, the similarities end there. Charney, whose magnetic personality was the driving force behind many national and international weather initiatives and programs, would transform the weather from a mysterious to a mathematically predictable phenomenon. In the years that followed World War II, he helped pioneer the use of the early computers to make weather forecasts, developing the quasi-geostrophic vorticity equations that allowed for the concise mathematical description of large-scale atmospheric and oceanic circulations and that enabled numerical weather prediction. Later, Charney shifted his focus to geophysical fluid dynamics, for instance identifying “baroclinic instability,” the mechanism that explains the size, structure, and growth rate of mid-latitude weather systems and governs rotating, stratified fluids like our oceans and atmosphere. His research provided insights to the theories of weather systems, hydro-dynamical instability, atmospheric wave propagation, hurricanes, drought, desertification, atmospheric blocking, and ocean currents. 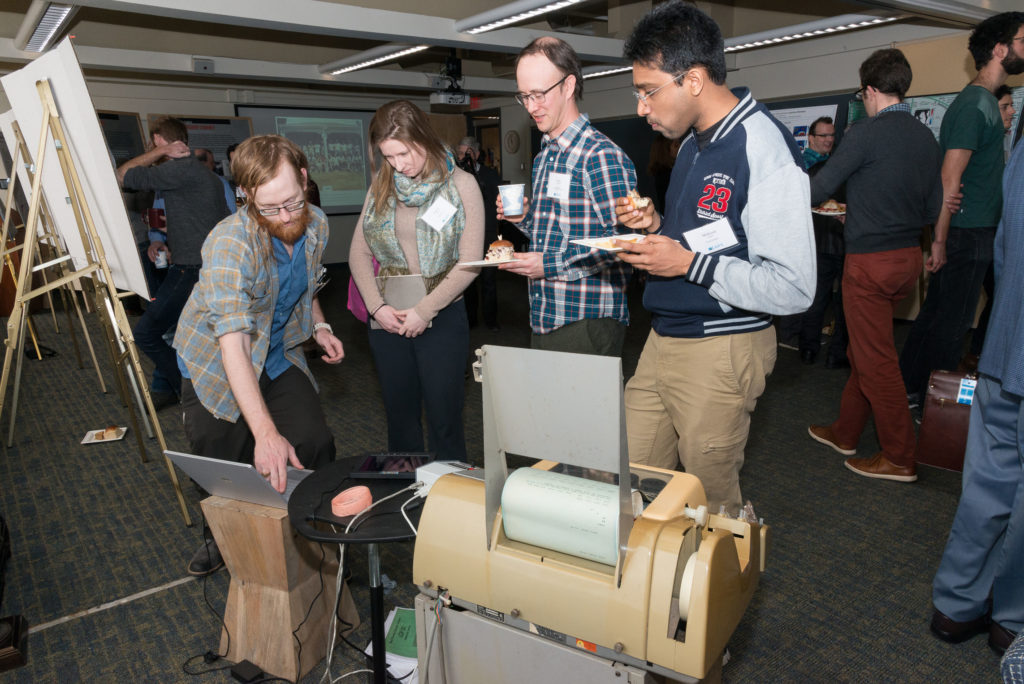 Participants at the Chaos and Climate symposium look at a replica of Edward Lorenz’s LGP-30 computer used to discover chaos in atmospheric systems. Photo: Vicki McKenna

Lorenz, in contrast, was described by many as quiet and humble, yet his research contributions would call into question our ability to predict the weather in the long run — and the behavior of dynamic, non-linear systems in general. Skeptical of claims that statistical long-range weather forecasting would perform as well as numerical forecasting, Lorenz tested a statistical model by running it repeatedly on his computer — an anomaly in 1958. He discovered that infinitesimal differences in the initial conditions he set produced dramatically different forecasts, which led him to develop the theory of deterministic chaos. Popularized as the butterfly effect, Lorenz’s theory shifted our thinking away from deterministic numerical weather prediction to more probabilistic forecasts, which had far-reaching implications for how we understand and describe the world.

“History may well record that Ed Lorenz had hammered the last nail into the coffin of the Cartesian universe,” said Kerry Emanuel, the MIT Cecil and Ida Green Professor of Atmospheric Science and co-director of the Lorenz Center.

However, as noted by Tim Palmer, the Royal Society Research Professor at the University of Oxford, Charney’s and Lorenz’s work is now seamlessly intertwined for the benefit of science and society.

Ripples in weather, climate, and beyond earth science

Symposium participants painted a picture of what meteorology was like under the leadership of Lorenz and Charney and their influence on other fields of study. On first day of the symposium, alumni, colleagues, friends, and family shared personal stories of encounters with Charney and Lorenz — including anecdotes about Charney’s work with the Union of Concerned Scientists, the discovery of chaos and the jet stream, the study of storm surge in Venice, and MIT’s connection with meteorology in Italy. Graduate students, postdocs, and staff presented on the lives and work of Lorenz and Charney, including a demonstration of a replica LGP-30 computer and printer that Lorenz used for his renowned research. The second day of the symposium highlighted the breadth of influence of Lorenz’s and Charney’s research, including talks on topics such as cloud aggregation, desertification, oceanography, climate change, planetary science, pathogen transmission, population dynamics, and more.

By revisiting the history of Lorenz and Charney, symposium participants traced the evolution of scientific ideas and the values that made the department what it was and became part of its legacy.

“Lorenz and Charney were thinking about the fundamentals of the problem with students here at MIT,” said keynote speaker Ernest Moniz, the MIT Cecil and Ida Green Professor Emeritus of Physics and Engineering Systems and special advisor to the president of MIT.

“This practice of fostering curiosity-driven research now underpins the mission of the Lorenz Center: to understand and predict global climate change — to fundamentally understand the problem and then make an impact on the real world.”

If you would like to support the renovation of the Jule Charney Library , please visit the EAPS website for more information.

The full version of this article appeared at MIT News on February 14, 2018.