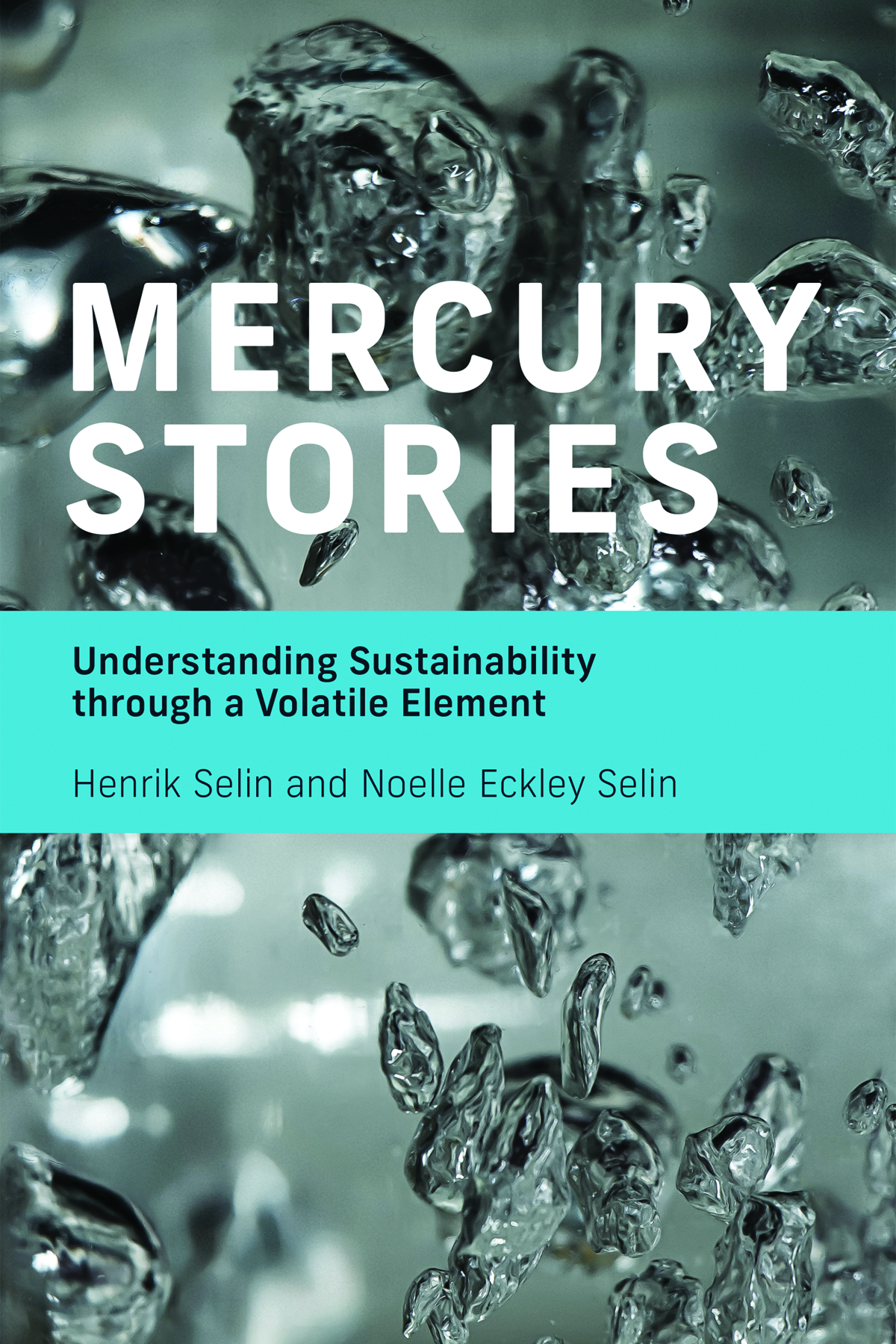 Back before the world turned upside down, before Covid-19 gripped the globe and our bodies, back when you could easily take an airplane to a remote destination for vacation, Noelle Selin did just that.

This past New Year’s Eve, Selin and her husband, Henrik, touched down in southern Spain. They visited the cathedral in the heart of Seville, ate an entire ham-themed dinner, and admired the orange trees of Córdoba. They also rented a car to drive the couple hours north to the small town of Almadén. They were drawn by a tour of the mercury mine there. It closed in 2002 after operating for millennia, producing close to a quarter-million metric tons of mercury and poisoning the people who worked there, many of them convicts, slaves, and prisoners of war.

Selin, an associate professor in the MIT Institute for Data, Systems, and Society and the Department of Earth, Atmospheric and Planetary Sciences, studies pollution, from emission to its environmental and health impacts to ensuing policy responses. Much of her work focuses on mercury, but she also examines ozone and other particulate matter. She’s got a book coming out from The MIT Press this fall titled Mercury Stories, and Henrik, an associate professor of international relations at Boston University, is the co-author. It’s no wonder the two of them would make an excursion to Almadén, don hard hats, and ride a little elevator deep into the Earth. “When we plan trips,” Selin says, “going to a mercury mine seems like a really cool thing to do on vacation.”

Selin runs atmospheric models to determine where the mercury we see today comes from. Coal burning is one culprit, since mercury is a common coal contaminant. Another significant source is artisanal and small-scale gold mining in developing countries. But the mine in Almadén, classified now as a UNESCO World Heritage Site, is just one example of how human history and mercury are intertwined.

The thing about mercury as an element is that it’s stable, so it doesn’t break down like DDT, PCBs, and other, more chemically complex pollutants. It cycles between the atmosphere and the ocean for centuries. Mercury easily evaporates, travels long distances in the air, and then rains back down onto land and into water. “So we’re actually living with the legacy of both past and current mercury pollution,” Selin explains.

For instance, in the 1500s, mercury was used as part of a process to extract silver from ore in South America. Some of this silver returned to Spain to be transformed into, among other things, the urns and altarpieces that the Selins saw at the Seville Cathedral earlier this year. So it’s quite possible that this same mercury from half a millennium ago is still circulating in the world. “And now it’s in your tuna,” Selin adds. That’s because seafood—especially swordfish and tuna—bioconcentrate the element in the form of methylmercury, which harms neurological development and cardiovascular health even at low exposures. (This is why it is particularly dangerous for children and pregnant women to eat large quantities of certain fish.)

Selin’s interest in these issues has been percolating for years. As an undergraduate at Harvard University in the late ’90s studying environmental science and public policy, she interned at the US Environmental Protection Agency (EPA) in Washington, DC. She witnessed firsthand the negotiation of a global treaty regulating persistent organic pollutants, chemicals like DDT and PCBs, which had recently been found to travel long distances and accumulate in food sources. Selin went to Stockholm for the signing of this treaty in 2001 (which is where she met Henrik, incidentally).

During the George W. Bush administration, which was skeptical about starting negotiations for a global treaty controlling mercury, Selin demonstrated through her graduate work that both domestic and international action were necessary to address mercury contamination in the United States. When Barack Obama became president, Selin’s research in part helped persuade the new EPA administrator to change the country’s position and support a worldwide treaty on mercury.

In early 2013, by this time a professor at MIT, Selin took 10 graduate students to Geneva to watch the final negotiating session for this treaty, staying up all night until it was complete. Four years later, that treaty came into force. It was called the Minamata Convention, named after the town in Japan where methylmercury was first identified in those who had eaten contaminated fish.

These days, Selin continues to use data on where mercury comes from, how it’s transported globally, and its impact on human populations in her modeling to advise and strengthen global policy on pollution and climate change. “Part of my work is informing negotiators of the global treaty how they can better manage mercury and evaluate how effective their strategies are,” says Selin.

Domestically, she’s also modeled how different policy directions would impact American consumers. It’s an issue of particular relevance since the federal Mercury and Air Toxics Standards, established in 2012, were threatened earlier this year when the EPA “rolled back the finding that it was ‘appropriate and necessary’ to regulate mercury,” says Selin. She testified before Congress in advance of the rollback, hoping to support a future legal challenge to the change.

Selin is also the director of the MIT Technology and Policy Program, where she works with students to use science and engineering to shape policy, finding ways to “improve what we do so it’s more impactful.” The historical context remains central to Selin’s approach.

“You have this rich thousand-year-plus history of people interacting with mercury,” she says. “Individual societies and governments have made decisions about how best to balance the risks and dangers and manage these threats to human health and well-being.”

Many people were harmed by mercury before enough evidence accumulated to persuade communities to stop using the heavy metal. It’s this sort of transition that Selin sees influencing other urgent sustainability efforts, including climate change. At this stage of her career, she says she’s using her work on mercury and other toxins “as examples of the challenges facing humanity, and how best to take a multidisciplinary approach to make broad change in the world.”

This article also appeared in MIT Spectrum and in the Winter 2021 issue of Science@MIT.