A century after first predicted, scientists validated Einstein by listening to invisible ripples in the universe.

Albert Einstein’s general theory of relativity predicted the existence of gravitational waves — distortions in spacetime — but assumed that they would be virtually impossible to detect from Earth.

On Sept. 14, 2015, at approximately 5:51 a.m. EDT, a gravitational wave — a ripple from a distant part of the universe — passed through the Earth, generating an almost imperceptible, fleeting wobble that would have gone completely unnoticed save for two massive, identical instruments, designed to listen for such cosmic distortions.

The Sound of Gravity

The Sound of Gravity

Albert Einstein had a theory. MIT scientists help prove it a century later. Directed by Sarah Klein & Tom Mason of Redglass Pictures for the MIT School of Science. 2020.

Your browser does not support video embeds, please follow the link below to watch the video. 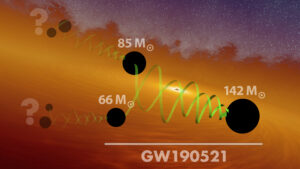 Astronomers may have detected the most massive collision of two black holes ever discovered, a chaotic merger that occurred some 7 billion years ago, the signs of which have only just reached us. The cataclysmic event offered researchers a front-row seat to the birth of one of the Universe’s most elusive objects. The distant show included two major players: one black hole roughly 66 times the mass of our Sun, and another black hole roughly 85 times the mass of our Sun. The two came close together, rapidly spinning around one another several times per second before eventually crashing together in a violent burst of energy that sent shockwaves throughout the Universe. The result of their merger? One single black hole roughly 142 times the mass of our Sun. “For every event like this one, there will be roughly 500 mergers of smaller black holes, so it’s very rare,” [Salvatore Vitale, an assistant professor at the LIGO Lab of MIT studying gravitational waves, tells The Verge.]

“This event is an oddball the universe has thrown at us — it was something we didn’t see coming,” says study coauthor Salvatore Vitale, an assistant professor of physics at MIT and a LIGO member. “But nothing happens just once in the universe. And something like this, though rare, we will see again, and we’ll be able to say more about the universe.”

An unexpected origin story for a lopsided black hole merger 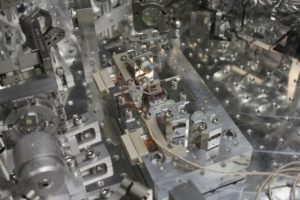 “This quantum noise is like a popcorn crackle in the background that creeps into our interferometer, and is very difficult to measure,” adds Nergis Mavalvala, the Marble Professor of Astrophysics and associate head of the Department of Physics at MIT. With the new squeezer technology, LIGO has shaved down this confounding quantum crackle, extending the detectors’ range by 15 percent. Combined with an increase in LIGO’s laser power, this means the detectors can pick out a gravitational wave generated by a source in the universe out to about 140 megaparsecs, or more than 400 million light years away. This extended range has enabled LIGO to detect gravitational waves on an almost weekly basis.

“I’ve really been amazed at what we’ve been able to achieve. It’s staggering both on the astrophysics side, and the immense improvements to the instruments that have come about.”

The Gravitational-Wave “Revolution” Is Underway 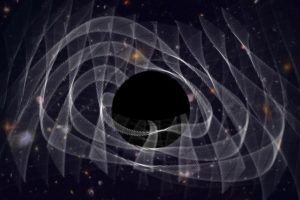 Now, physicists from MIT and elsewhere have studied the ringing of an infant black hole, and found that the pattern of this ringing does, in fact, predict the black hole’s mass and spin — more evidence that Einstein was right all along. “We all expect general relativity to be correct, but this is the first time we have confirmed it in this way,” says the study’s lead author, Maximiliano Isi, a NASA Einstein Fellow in MIT’s Kavli Institute for Astrophysics and Space Research.

Gravitational waves could reveal how fast our universe is expanding 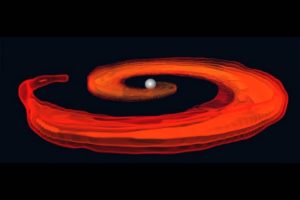 Scientists from MIT and Harvard University have proposed a more accurate and independent way to measure the Hubble constant, a unit of measurement that describes the rate at which the universe is expanding. Using gravitational waves emitted by a relatively rare system: a black hole-neutron star binary, a hugely energetic pairing of a spiraling black hole and a neutron star, should yield the most accurate value yet for the Hubble constant.

Science in light and sound

Why do gravitational waves matter?

Science in light and sound 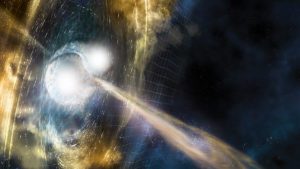 Since LIGO’s first detection of gravitational waves, we’ve gained unexpected insight into the cosmos. Theorists had predicted that what follows the initial fireball of a neutron star merger is a “kilonova” — a phenomenon by which leftover material from a collision glows with light. Using gravitational waves, scientists could pinpoint and then record new light-based observations indicating that heavy elements, such as lead and gold, are created in these kilonova and subsequently distributed throughout the universe — opening the window of a long-awaited “multi-messenger” astronomy.

Your browser does not support video embeds, please follow the link below to watch the video.

Excerpt from The Boston Globe

Peers compare Rai Weiss to Galileo, who pointed a spyglass at the sky and invented modern astronomy.

The MIT physicist who started a new revolution in astronomy 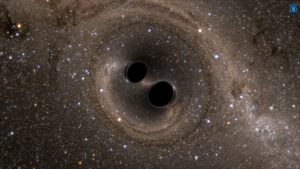 Gravitational waves emanating from the collision of two black holes holes was detected for the first time by LIGO. This computer simulation shows two black holes, each roughly 30 times the mass of the sun, about to merge together 1.3 billion years ago.

One small chirp for humankind

One small chirp for humankind

Listen to the collision of two black holes

And yet despite the crazy, Matt Evans and his colleagues did it. The LIGO team used those L-shaped buildings to detect gravitational waves that were produced by a collision of two black holes more than a billion light years away.

Please contact Elizabeth Chadis if you are considering a gift to the School of Science.

Responding to a Pandemic

MIT School of Science contributes to the study of Covid-19