Accelerating the pace of science 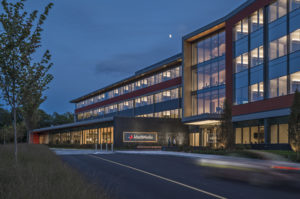 When a fledgling software company called MathWorks was founded in 1984, MIT was its first customer. Thirty four years later, the company has over 5,000 employees in sixteen countries, more than $1 billion in revenue annually, and has given back to MIT through a significant gift to graduate fellowships and discretionary support in MIT’s Department of Mathematics.

MATLAB, a widely-used software program, is the signature product and most renowned creation of MathWorks. Designed for scientists and engineers, MATLAB is a programming environment that enables users to combine mathematics, graphics, and coding to develop algorithms, perform computations, and generate simulations for research. It is used extensively by faculty, students, and researchers across MIT’s School of Science and by over four million users in industry, government, and academia in 185 countries. A complimentary program Simulink, MathWorks’ graphic modeling and simulation program, is also well-known.

“Our tagline is: ‘Accelerating the pace of engineering and science,’” says John N. Little ’78, president and founder of MathWorks. “That’s what we’re about and what we do. We have a strong belief in the importance of engineers and scientists. They act to increase human knowledge and profoundly improve our standard of living. We created products like MATLAB and Simulink to help them do their best work.”

The desire to accelerate the pace of science and make an impact does not end there. For MathWorks, supporting the future of STEM has become a social mission. A leader in science and engineering, MIT was an obvious choice when deciding where to focus philanthropic support. “We’ve chosen to support MIT because we believe that their engineers and scientists are going to be leaders in helping solve a lot of the world’s problems. It’s an institution that really creates major discoveries, innovation, and change … all of which the world needs more of right now … so it’s only natural,” says Little.

Despite MIT’s illustrious reputation, departments in the School of Science face the ongoing challenge of limited resources and stiff competition when recruiting talented students to their top-ranked graduate programs. To remain competitive, fellowship and discretionary funding is essential. MathWorks chose last year to give generously to each of these areas in the Department of Mathematics.

“MIT has some of the best undergraduate and graduate math students in the world. So, to be able to support these fellowships is just an extraordinary opportunity,” says Little. The MathWorks gifts, both to the graduate students and the department, have already made a significant impact and continue to help shape the future of science at MIT.

Like most companies, MathWorks feels a responsibility not only to give back but to give back in the right way. For a company focused on innovating toward a better the future, there was hardly a clearer pathway than this.

“MIT is the first place to stop, everybody knows that. And the fellowships and other gifts are really appreciated by the students and faculty. It’s an investment in the long-term future, and there are probably few investments more valuable than that.”